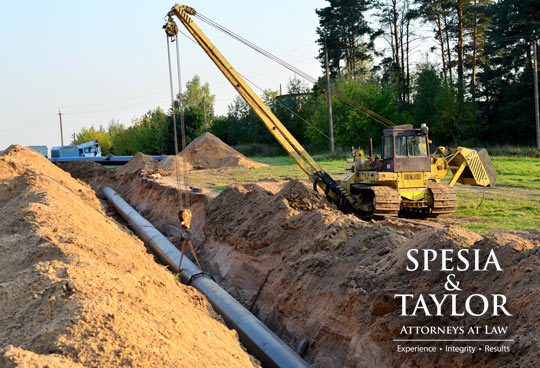 The Second District Appellate Court affirmed dismissal of landowners’ claims for being barred by the statute of limitations. See Super Mix of Wis., Inc. v. Natural Gas Pipeline Co. of America, LLC, 2020 IL App (2d) 190034. An energy company, represented by Spesia & Taylor, was sued by landowners after the company refused to move and reroute its pipeline located in an easement on the properties at issue. The energy company’s easement had existed since 1945 on the property. Nearly sixty (60) years later, the plaintiffs purchased the property subject to the energy company’s easement. The landowners, operators of a mining operation, allegedly requested the energy company remove and relocate the easement to the property boundary. Failing to reach an agreement, the landowners filed suit claiming that they were entitled to damages because of their inability to reclaim their mine due to the presence of the pipeline. The energy company moved to dismissed the complaint as being time barred pursuant to 735 ILCS 5/2-619(a)(5).

Plaintiffs argued that their cause of action arose in 2015 when the energy company purportedly denied their request to move the pipeline. The court held that “any potential cause of action under the easement agreement accrued in 1945 when plaintiffs’ predecessors in interest knew or reasonably should have known of the injury to the property and that the injury was caused wrongfully.” Super Mix at ¶41.

By: Michael R. Stiff Spesia & Taylor attorneys Jeff Taylor, and Mike Stiff on July 28, 2021, won a Motion to Reconsider the 2019 denial of a ... END_OF_DOCUMENT_TOKEN_TO_BE_REPLACED

Spesia & Taylor is a proud sponsor of the Will County Legal Opportunity Scholarship Program. The Scholarship awards a $5,000 per year up to three ... END_OF_DOCUMENT_TOKEN_TO_BE_REPLACED