You are here: Home / Municipal Law / State Tells Municipal Governments “Hands Off” When it Comes to Drone Regulation 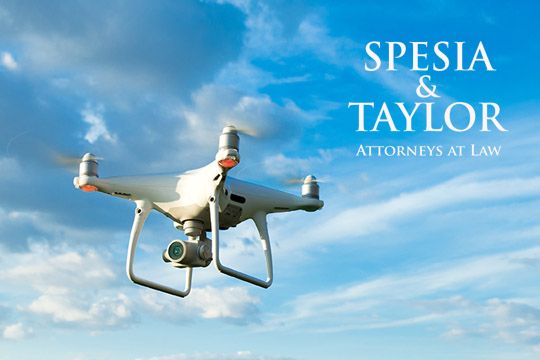 Between federal and state preemptions, local governments are now denied any regulatory authority to control the use – and abuse – of drone operations within their respective communities.

That does not mean, however, that local governments are left helpless in the face of irresponsible drone operators – and they are out there.

Meanwhile, in the wake of the State’s preemption under 620 ILCS 5/42.1, local governments with drone ordinances regulating the use of unmanned aircraft should be repealed.

By: Michael R. Stiff Spesia & Taylor attorneys Jeff Taylor, and Mike Stiff on July 28, 2021, won a Motion to Reconsider the 2019 denial of a ... END_OF_DOCUMENT_TOKEN_TO_BE_REPLACED

Spesia & Taylor is a proud sponsor of the Will County Legal Opportunity Scholarship Program. The Scholarship awards a $5,000 per year up to three ... END_OF_DOCUMENT_TOKEN_TO_BE_REPLACED