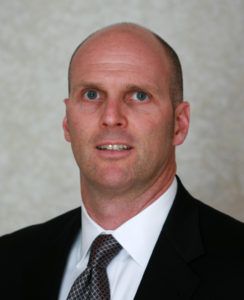 At the conclusion of a week-long jury trial handled by Spesia & Taylor attorneys John Spesia, Kent Slater, and Jacob Gancarczyk, a McDonough County jury awarded Spesia & Taylor’ clients, Amanda Dayton and the Estate of Jill Dayton, a record-breaking verdict of $4.1 million. Jill Dayton, a mother of three, was killed in an automobile collision when a police officer pursuing a DUI suspect in a high-speed chase collided with the passenger side of her minivan in September of 2004.  Amanda Dayton, who was sixteen at the time and driving the van, was also injured.  The jury’s verdict awarded more than $3.6 million to Jill’s estate for grief, sorrow, loss of society, funeral expenses, and lost earnings, as well as more than $400,000 to Amanda for her injuries.

The $4,129,033 award for the estate of Jill Dayton and her daughter Amanda is a record for both McDonough county and the entire 9th Judicial Circuit, according to John L. Kirkton of the Jury Verdict Reporter, a division of Law Bulletin Publishing Company.

Just before the crash, McDonough County Sheriff’s officer Thomas Pledge had pulled over an SUV after suspecting the driver of driving while intoxicated.  As Pledge left his squad car to approach the SUV, the vehicle sped off.  Pledge returned to his vehicle and began chasing the SUV southbound along Route 67 toward Macomb, during which time the SUV turned its headlights off and Pledge’s vehicle reached speeds up to 110 mph.  Pledge was traveling more than 100 mph in a 40-mph speed zone just seconds before he entered the intersection of Route 67 and University Drive – the entrance to Western Illinois University. The entire chase was captured on Pledge’s dashboard camera.

At the same time that Pledge’s squad car and the SUV were entering the intersection, Dayton’s minivan—driven by her daughter Amanda—entered the left-turn lane on northbound Route 67 and prepared to turn left onto University Drive. After the darkened SUV sped through the intersection, Amanda tried to execute the turn only to be T-boned by Pledge’s squad car.  Jill Dayton died instantly and Amanda suffered a broken clavicle.  Though her physical injuries have healed, Amanda still suffers from nightmares, flashbacks and post-traumatic stress disorder relating to the incident.

The Dayton’s lawsuit was originally filed in 2006 and alleged that officer Pledge was willful and wanton in his decision to engage in the high-speed chase.  The parties first went to trial 2012 before 9th Circuit Associate Judge Richard H. Gambrell, and a jury found in favor of officer Pledge and the McDonough County Sheriff’s office.  After the adverse verdict, the Dayton family hired Spesia & Taylor to handle their appeal.

Spesia & Taylor filed an appeal with the Third District Appellate Court arguing that the trial court had made several errors that prevented a fair trial.  The appellate court agreed with Spesia & Taylor, reversed the first jury’s decision, and remanded the case for a new trial.

At the second trial, lawyers from Spesia & Taylor were able to show that officer Pledge violated sheriff department policies regarding high-speed chases.  Pledge testified that he had no information that there was a serious felony or actual or threatened attack—which are required to justify a high-speed chase pursuant to the McDonough County Sheriff’s High-Speed Pursuit Policy—and thus had no justification for chasing the SUV at such incredible speeds.  Additionally, Pledge testified that he was aware that he was heading toward the entrance to Western Illinois University, knew that there would be more traffic in that area because it was Labor Day weekend and the University was in session.  Pledge also testified that he was aware that the MaComb Police Department had taken steps to apprehend the SUV at the next intersection of Route 67 and Pierce Street, which made his continued pursuit unnecessary.  Yet despite these admissions, Pledge continued to chase the SUV at speeds exceeding 100 MPH into the intersection at University Drive and Route 67, and did not brake or take any action to avoid the Dayton minivan according to an eyewitness to the collision.

After the parties’ weeklong second trial before Judge Gambrell, the jury found Pledge’s conscious disregard for the safety of the public was the cause of the collision and awarded Dayton’s estate $894,000 for lost earnings; $750,000 for grief, sorrow and mental suffering; $2 million for loss of society; and $16,968 for funeral expenses.  It also awarded Amanda Dayton $250,000 for loss of a normal life, $10,000 for pain and suffering; $200,000 for emotional distress; and $8,065 for medical expenses.

The Dayton family and Amanda Dayton have been vindicated by the verdict and are grateful that the jury took the time to carefully consider all of the evidence.

Spesia & Taylor Secures Unanimous Appellate Court Decision Resulting In $4.6 million Award For Clients
After a trial in 2017 handled by John Spesia and Jake Gancarczyk of Spesia & Taylor, a jury returned a record-setting jury verdict in favor of a family whose wife and mother was killed in a tragic automobile collision. The verdict was subsequently overturned by Judge Richard Gambrell who presided over the trial. However, on Friday, April 19, 2019, the Third District Appellate Court in Ottawa, Illinois, ruled that Judge Gambrell “erred” when he overturned the jury’s verdict. The Appellate Court reinstated the jury’s decision in an opinion that results in an award of more than $4.6 million for Spesia & Taylor’s clients. Partner John Spesia, who tried the case in 2017 and then argued it in the appellate court, said that “we were confident that the jury’s decision in 2017 was correct and well supported by the evidence and we are pleased that a unanimous panel of the appellate court agreed with us and reinstated the verdicts.”

Click here to read the full opinion of the court.

By: Michael R. Stiff Spesia & Taylor attorneys Jeff Taylor, and Mike Stiff on July 28, 2021, won a Motion to Reconsider the 2019 denial of a ... END_OF_DOCUMENT_TOKEN_TO_BE_REPLACED

Spesia & Taylor is a proud sponsor of the Will County Legal Opportunity Scholarship Program. The Scholarship awards a $5,000 per year up to three ... END_OF_DOCUMENT_TOKEN_TO_BE_REPLACED