You are here: Home / News & Cases / Insurance Coverage Disputes: What You Can Expect 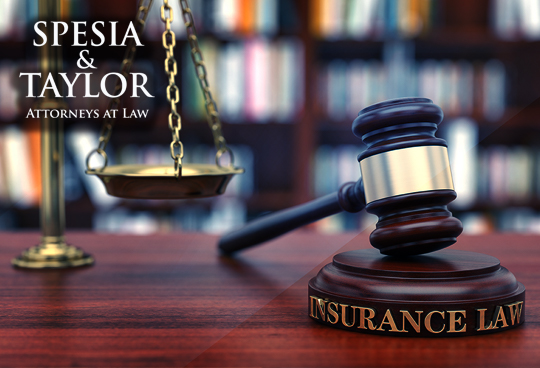 Insurance is absolutely essential in today’s world. It can represent the line between financial security and complete financial ruin for individuals and businesses alike. As a consumer, understanding how your insurance policy or policies work is critical to ensuring that you make educated decisions in purchasing certain policies and that there are no gaps in coverage. As such, it is your obligation as an insured under any applicable insurance policy to read the policy. The Illinois Supreme Court specifically found that “[c]ustomers generally know their own goals better than their insurance agent does, but determining if a policy achieves those goals will be difficult when customers do not read the policy.” American Family Mutual Insurance Co. v. Krop, 2018 IL 122556, ¶ 29. Thus, even where an insurance agent fails to procure insurance coverage requested by the customer (which may give rise to a claim or claims against the insurance agent), the customer is still expected to read and understand their policy. The failure to do so will not toll the applicable statute of limitations for claims relating to the failure to procure a proper insurance policy.

In the third-party liability context, if a claim is made against you, providing notice of the claim to any insurers is of utmost importance. If you fail to provide timely notice of a claim to an insurer, it could provide the insurer with a basis to deny coverage for the claim. In addition to providing notice, it is essential to tender the claim (i.e., the lawsuit) to any insurers with applicable insurance policies and request that they defend and indemnify you. When this occurs, an insurer will likely analyze whether or not it thinks the claim (or claims) falls within the scope of coverage. At this point, the insurer has three primary options: 1) Accept defense and indemnity of the claim on behalf of the insured; 2) accept defense of the claim under a “reservation of rights;” or 3) file a declaratory judgment action seeking to avoid coverage of the claim. The best-case scenario for you, as the insured, is if the insurer exercises option #1. If there is a question as to coverage, the insurer will likely exercise either option #2 or 3. The failure to file a declaratory judgment action or provide the insured with a reservation of rights letter when there is a question as to coverage could preclude the insurer from contesting coverage at a later date.

If there is an issue as to coverage, it is important to understand the distinction between a reservation of rights letter and a declaratory judgment action. If you receive a reservation of rights letter, your insurer is, in essence, saying that it will defend you, but reserving its right to deny coverage at a later date. A reservation of rights letter will, in many instances, give rise to a conflict of interest between you and the insurer. This is due to the fact that the insurer may have an interest in excluding or denying coverage, while it is in the insured’s best interest to have coverage. This inherent conflict gives rise to the insured’s right to independent counsel (i.e., counsel selected by you instead of the insurer). On the other hand, if an insurer files a declaratory judgment action against you, it is likely denying that it owes you any duty to defend or indemnify. Thus, the insurer is requesting a court to declare that it does not have to defend you, and that it does not have to pay out on your behalf in the event you are found liable to the third-party claimant.

Should there be a question as to coverage, and your insurer either sends you a reservation of rights letter or files a declaratory judgment action against you, it is essential that you speak to an attorney experienced in handling coverage disputes. The attorneys at Spesia & Taylor have extensive experience in handling all types coverage disputes and can assist you in maintaining your insurance coverage throughout the pendency of any claim or claims.

Spesia & Taylor is a proud sponsor of the Will County Legal Opportunity Scholarship Program. The Scholarship awards a $5,000 per year up to three ... END_OF_DOCUMENT_TOKEN_TO_BE_REPLACED