You are here: Home / News & Cases / Dissatisfied With Your School District Boundary? A boundary change is possible. 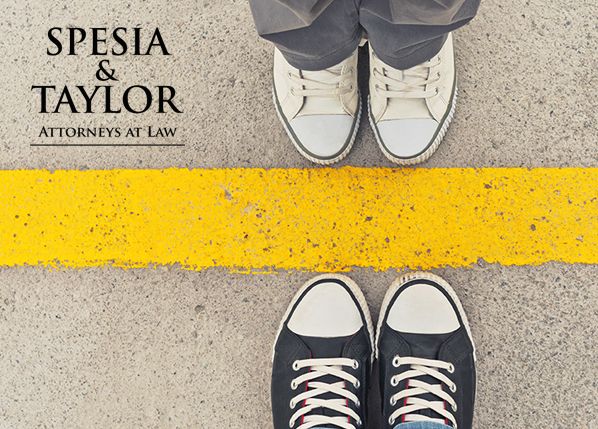 A detachment proceeding or boundary reorganization is an entirely statutory procedure which is governed by the Illinois School Code, specifically 105 ILCS 5/7-1, et seq.

The procedures are technical and there are many pitfalls, especially for a small territory (one or more families) seeking detachment.  The statutory procedures also provide for detachment by a petition filed by the Board of Education for an affected district as well as a majority of registered voters in each affected school district.  This article focuses on how a detachment can be accomplished by one or more families or a smaller area which is proposed to be detached from one school district and attached to another.

The School Code governs not only the procedures for attachment but also outlines how the detachment request will proceed.  Petitions for detachment and annexation are decided not in a court but by the Regional Board of School Trustees for the educational service region.

The Petition
In general, the petition must include a “prayer,” which is the requested relief.  Typically, the request is to have the legally described territory detached from School District A and attached to School District B.  The petition must also have a general description of the territory at the top of each page and must be accompanied by a sufficient number of signatures representing 2/3 of the registered voters in the territory which is proposed to be detached.

The signatures contained in the petition must match the official signature and address of the legal resident voters as recorded in the Office of the County Clerk on the date of the filing of the petition.  If there is no legal resident voter on real estate within the territory proposed to be detached, a notarized signature of an owner of record of that real estate is also acceptable.

Each page of the circulated petition must be signed by a “circulator” stating that he or she has witnessed the signature of each petitioner on that page.  In the event that the detachment petition contains 10 or fewer signatures, a notarization on that page can meet the requirements of the statute in lieu of a circulator statement.

By way of summary, the petition must include the prayer, names of the petitioners, signatures of the petitioners, the district from which the territory is proposed to be detached as well as the district or districts to which the territory is proposed to be annexed.  It must also show that the detaching or dissolving territory is “compact and contiguous with the annexing district or districts.”  Finally, the petition should include or be accompanied by facts that support favorable findings on the factors to be considered by the Regional Board of School Trustees as outlined in the statute.

Approximately 5 days before the hearing, the Regional Superintendent is required by statute to submit to the Regional Board of School Trustees the following:

When the public hearing is opened, these reports and maps prepared and submitted by the Regional Superintendent, are entered into evidence and made part of the record of the proceedings.

The Hearing
The public hearing is held and evidence is heard and taken.  Typically, an Assistant State’s Attorney for the County in which the Regional Board of Education resides is appointed to provide legal assistance to the Regional Board Chairperson in conducting the hearing.

The hearing itself is basically a somewhat relaxed “trial” where evidence and testimony is submitted and taken, opening and closing statements can be made by the petitioner as well as any opponents to the petition.  There are several statutory “factors” to be considered by the Board when ruling on petitions.

Those are as follows:

Additionally, there are factors that have been developed in various cases interpreting the School Code.  For instance, there is a body of case law on the “whole child and community interest” factors.  The “whole child” factor is based on the concept that extracurricular participation in social, religious and commercial activities is important in a child’s development and supplements his or her academic involvement, while the “community of interest” factor considers whether the detaching territory is more closely identified with the annexing school district and community.

However, the community of interest of the petitioners and their children and the effect the detachment will have on the whole child may be considered only if the Regional Board of School Trustees first determines that there would be a significant direct educational benefit to the petitioner’s children if the change in boundaries were to be allowed.

Carver Factors
There are also a set of factors referred to as the “Carver factors.”  The Carver case was decided by the Illinois Supreme Court and established a benefit-detriment test.  In essence, the Carver case stands for the proposition that petitions for detachment and annexation should be granted only where the overall benefit to the annexing district and the detachment area clearly outweighs the resulting detriment to the losing district and the surrounding community as a whole.

In an effort to provide guidance to the lower courts, the Supreme Court said that a reviewing court can consider the differences between school facilities and curricula, the distances from the petitioner’s homes to the respective schools, the effect the detachment would have on the ability of either district to meet state standards of recognition, whether the district from which the territory is detaching will remain financially healthy and able to meet standards, and the impact of the proposed boundary change on the taxed revenues of both districts.

Parental preference is a factor that the Regional Board can consider in ruling on a detachment petition but parental preference and convenience alone are insufficient to grant a detachment petition.  In contrast, courts have found that it is appropriate for the Regional Board to consider whether granting the petition will result in longer bus rides for older students but shorter bus rides for younger students.

Decision
At the conclusion of the hearing, the Regional Board deliberates and decides whether to grant or deny the petition.  The petition is ruled upon by a simple majority vote.  The relevant standard for the burden of proof of any petitioner seeking detachment is a preponderance of the evidence.

Within 30 days of the vote, the Regional Superintendent enters an order of the Regional Board of School Trustees either granting or denying the petition and delivers a certified copy of the order to the petitioner(s) and which is then published and incorporated into the boundary maps for the affected school districts.  There are provisions for re-hearing and appeal directly to the Circuit Court.

A failure to act within 9 months after a petition is submitted can be then submitted directly to the State Superintendent of Education for approval or denial.  The appeal process is not covered by this article.

The power of the Regional Board is to grant or deny a petition.  It cannot modify it after filing. The petitioners are responsible for the costs of publishing the hearing notice and the costs of the transcripts of the hearing, which are recorded and transcribed by a court reporter.  Any resident of any district affected by a detachment petition can appear and present evidence in support of or in opposition to the petition.  In the event that the territory to be detached is located in more than one educational region, an approval by both Regional Boards is required and therefore a joint hearing may be necessary.

In summary, while boundary changes are not commonplace, the Illinois School Code provides for a procedure for any individual, including school districts themselves, to petition for boundary changes.

By: Michael R. Stiff Spesia & Taylor attorneys Jeff Taylor, and Mike Stiff on July 28, 2021, won a Motion to Reconsider the 2019 denial of a ... END_OF_DOCUMENT_TOKEN_TO_BE_REPLACED

Spesia & Taylor is a proud sponsor of the Will County Legal Opportunity Scholarship Program. The Scholarship awards a $5,000 per year up to three ... END_OF_DOCUMENT_TOKEN_TO_BE_REPLACED