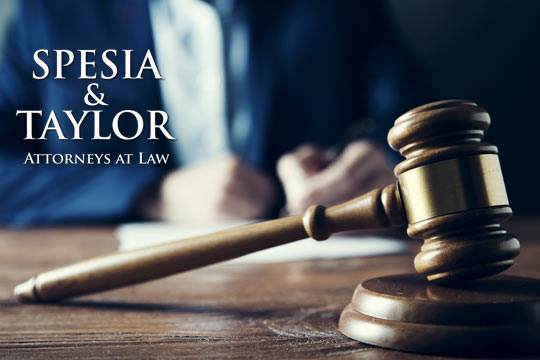 During the condemnation proceedings, the defendants sought over $5,300,000 for 7.3 acres of permanent pipeline easements. Eight months after the cases were filed, attorney John Spesia effectively argued that the compensation owed for the 7.3 acres totaled $45,000. The trial court agreed with attorney Spesia, entered judgments totaling $45,000, and permitted construction of a pipeline project to begin immediately. Subsequently, the trial court ordered the defendants’ counsel to pay the energy company $25,000 in attorney’s fees as a sanction for making arguments that were not well-grounded in fact or law.

On appeal, attorney John Spesia and the Spesia & Taylor appellate team successfully advocated on behalf of the energy company.

By: Michael R. Stiff Spesia & Taylor attorneys Jeff Taylor, and Mike Stiff on July 28, 2021, won a Motion to Reconsider the 2019 denial of a ... END_OF_DOCUMENT_TOKEN_TO_BE_REPLACED

Spesia & Taylor is a proud sponsor of the Will County Legal Opportunity Scholarship Program. The Scholarship awards a $5,000 per year up to three ... END_OF_DOCUMENT_TOKEN_TO_BE_REPLACED