You are here: Home / Municipal Law / Steps Municipal Officials Should Take Before Seeking Employment With The Municipality They Represent 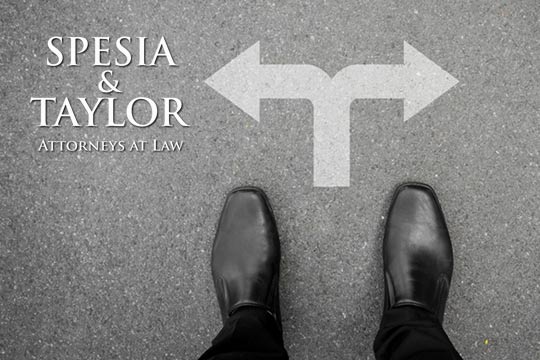 Often times, elected municipal officials have skills, training, and experience that make them a good fit for other positions in the municipalities that they represent. When such positions open up, these officials often would like to take advantage of the opportunity and throw their name in the hat, but questions can arise as to the propriety of seeking a job at the municipality you help to govern. This article will point out some of the pitfalls to be aware of (though it is not intended as an exhaustive list) and suggest some good practices for municipal officials that find themselves in the position of wanting to apply for employment in their municipality.

First and foremost, an elected official must be aware of the Public Officer Prohibited Activities Act (50 ILCS 105/0.01, et seq.) (the “Act”). The Act is an anti-corruption statute, and any person that violates its prohibitions may find themselves on the wrong side of a class 4 felony prosecution. Sections 2 and 3 of the Act are of particular relevance to our topic: Section 2 prohibits elected municipal trustees from holding other offices by appointment of the mayor during the term of their office (unless they first resign or are granted a leave of absence for the duration) and Section 3 prohibits all elected officials from, inter alia, having a financial interest in any contract on which they may be called upon to vote.

Second, an elected official must be aware of various provisions of the Illinois Municipal Code that, like the provisions of the Act, limit what such an official can do in relation to seeking employment from the municipality. Section 3.1-15-15 of the Municipal Code prohibits certain municipal officials from holding other offices under the municipal government, whereas Section 3.1-55-10 again prohibits municipal officers from being financially interested in any contract, work, or business of the municipality.

In light of the foregoing, here are some recommendations for how an elected official should approach seeking appointment or employment by their municipality:

The last big takeaway is this: what elected officials can and cannot do in seeking other appointments/employment with their municipality is a complicated morass of interrelated statutory provisions that can result in severe sanctions if they are not scrupulously followed. Every elected official that is considering seeking other appointments/employment with the Village should consult with the municipality’s corporate counsel and further retain their own attorney to help them through the process.

By: Jeffrey S. Taylor and Michael A. Santschi

By: Michael R. Stiff Spesia & Taylor attorneys Jeff Taylor, and Mike Stiff on July 28, 2021, won a Motion to Reconsider the 2019 denial of a ... END_OF_DOCUMENT_TOKEN_TO_BE_REPLACED

Spesia & Taylor is a proud sponsor of the Will County Legal Opportunity Scholarship Program. The Scholarship awards a $5,000 per year up to three ... END_OF_DOCUMENT_TOKEN_TO_BE_REPLACED