You are here: Home / Municipal Law / Spesia & Taylor Appointed as City Attorneys for the City of Crest Hill 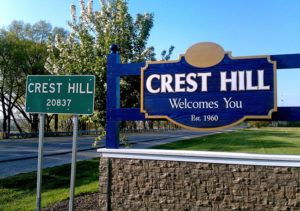 In a unanimous vote, Spesia & Taylor was appointed the City Attorney for the City of Crest Hill, Illinois.  The City has approximately 21,000 residents and would be the Firm’s second largest municipal client by population, after the Village of New Lenox.  The Firm had already been prosecuting Ordinance violations for the City since the Fall of 2016.  In order to make the appointment, the City had to change its Ordinance to allow for an outside Firm to represent the City (the City previously had an “in-house” City Attorney, who is now the City Administrator).

Chris Spesia commented that “We are thrilled to add Crest Hill to our growing list of municipal clients.  Crest Hill is a great fit for the Firm based on its location and its size.  The City Council recognized that the Firm has the experience necessary to address the various legal issues that a City this size confronts, including land use, economic development, ordinance prosecution and any manner of lawsuit that the City may face.”  Chris Spesia and Mike Stiff will be the attorneys primarily responsible for the legal work but the entire Spesia & Taylor Municipal Team will assist as needed.

By: Michael R. Stiff Spesia & Taylor attorneys Jeff Taylor, and Mike Stiff on July 28, 2021, won a Motion to Reconsider the 2019 denial of a ... END_OF_DOCUMENT_TOKEN_TO_BE_REPLACED

Spesia & Taylor is a proud sponsor of the Will County Legal Opportunity Scholarship Program. The Scholarship awards a $5,000 per year up to three ... END_OF_DOCUMENT_TOKEN_TO_BE_REPLACED