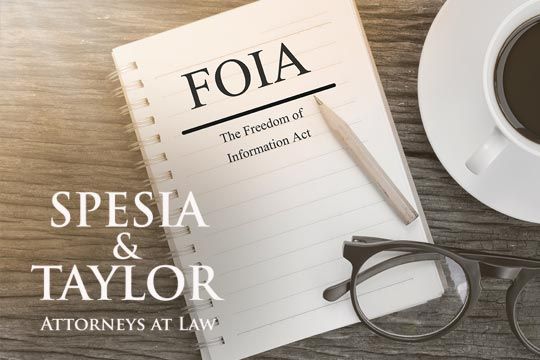 On June 21, 2019, the First District Appellate Court in Kelly v. Village of Kenilworth issued a written opinion clarifying section 7(1)(d) of the Illinois Freedom of Information Act (“FOIA”). The exemptions in Section 7(1)(d) are often cited by municipalities to protect any portion of an investigative file from public disclosure on the basis that it would obstruct or interfere with an ongoing criminal investigation.

The Kelly case arose out of a 50-year-old unsolved murder that occurred in the Village of Kenilworth. The Plaintiff, John Kelly, filed requests for information with Kenilworth, the Illinois State Policy, the Cook County State’s Attorney’s office, the Cook County Medical Examiner and the Chicago Police Department (the “defendants”). The defendants cited the exemptions found in sections 7(1)(d)(i) and 7(1)(d)(vii) of FOIA because the case was still open and under investigation. Public bodies like Kenilworth rely on these exemptions in order to avoid jeopardizing ongoing criminal investigations.

After reviewing affidavits submitted by the parties and the trial court’s in camera inspection of certain documents in the defendants’ files, the court entered summary judgment in favor of the defendants and only required that the Cook County Medical Examiner turn over a small portion of documents. On appeal, the plaintiff argued that the Illinois State Police and Cook County State’s Attorney’s Office were not conducting any investigation or enforcement proceeding and therefore could not rely on Kenilworth’s investigation to claim an exemption. The First District recognized that Kenilworth had “a substantial interest in asserting exemptions over the documents possessed by the other defendants…” and that “discourage[ing] agencies from cooperating for fear that sensitive investigatory work on open cases may be revealed through FOIA requests” should be avoided.

The Kelly decision held, in part, that Kenilworth could assert an exemption over the other defendants’ records in this case. The First District held, “otherwise, law enforcement agencies would be discouraged from cooperating due to the risk of harmful disclosures and the people of Illinois would be denied effective law enforcement.” While the section 7(1)(d) exemptions are beneficial to municipalities who want to protect those investigative documents held by other public bodies, it does not provide a categorical exemption.

If you have any questions about the application of FOIA exemptions, please feel free to contact our office at (815) 726-4311.

By: Michael R. Stiff Spesia & Taylor attorneys Jeff Taylor, and Mike Stiff on July 28, 2021, won a Motion to Reconsider the 2019 denial of a ... END_OF_DOCUMENT_TOKEN_TO_BE_REPLACED

Spesia & Taylor is a proud sponsor of the Will County Legal Opportunity Scholarship Program. The Scholarship awards a $5,000 per year up to three ... END_OF_DOCUMENT_TOKEN_TO_BE_REPLACED