You are here: Home / Estates, Wills & Trusts / Deadhand Divorce: The Do’s and Don’ts of Will and Trust conditions that require the dissolution of marriage 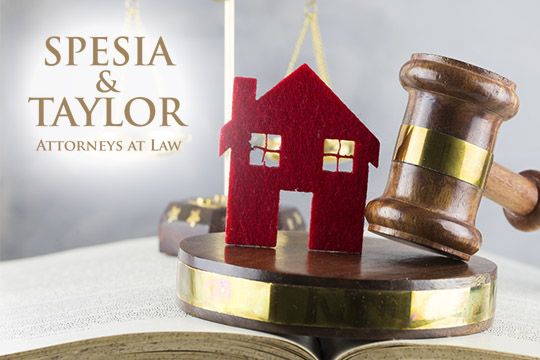 In Illinois, wills and trusts that encourage their beneficiaries to get a divorce are generally considered invalid because they run contrary to the public policies of our State. However, this rule, like any good rule of law, has exceptions. It is important to know what these exceptions are, as the alternative is to risk creating a facially invalid will or trust agreement.

Over the course of the last hundred and twenty years, Illinois courts have wrestled with the question of what divorce conditions are valid, what are invalid, and when. The general standard that has developed requires the court to look at the “dominant motive of the testator” (i.e. the person making the will or testamentary trust) to determine whether their goal was to force their beneficiary (usually a child) to get a divorce (which is generally invalid) or to simply provide them with support in the case a divorce occurs (which is generally valid).

In Ransdell v. Boston (172 Ill. 439 (1898), the Illinois Supreme Court first considered the question of whether or not a divorce condition was valid. The decedent-father in Randsell had executed a will that left real property to his son but made the bequest conditional upon his son “becom[ing] sole and unmarried.” At the time the will was executed, the son and his wife had already been separated for several years. The son challenged the condition (while he was still married) on the grounds that it violated public policy, but the Court found the condition to be valid. In making its decision, the Court noted that there are two competing interests at play:

“While it is of the first importance to society that contract and testamentary gifts which are calculated to prevent lawful marriages or to bring about the [separation] or divorcement of husbands and wives should not be upheld, it is no less important that persons of sound mind and memory, free from restraint and undue influence, should be allowed to dispose of their property by will, with such limitations and conditions as they believe for the best interest of their donees.”

The Court balanced these competing public policies, but then upheld the condition for the following reasons:

The next major case discussing bequests conditioned upon divorce is Winterland v. Winterland (389 Ill. 384 (1945)). In Winterland, the decedent-father had executed a codicil (or will amendment) that prohibited his son from receiving property under his will “so long as he may live or until his present wife shall have died or been separated from him by absolute divorce.” Unlike in Randsell, the son in Winterland was not separated from his wife at any point prior to or following the father’s death. When the son died without divorcing his wife, the codicil operated to preclude her from receiving the father’s bequest as her husband’s heir. The wife challenged the provision on public policy grounds and the Illinois Supreme Court invalidated the codicil. The Court noted that the facts in Winterland were distinguishable from those in Ransdell because the latter involved a couple that was already separated with a divorce suit pending at the time the testator executed his will. Basically, the conditional bequest in Randsell was ok because the son in that case was already planning on a divorce and the condition only required that he complete it (thus protecting the property from the ongoing divorce proceedings), whereas the condition in Winterland was designed “to encourage divorce” where no such divorce was planned. Put another way, the father in Randsell was motivated by a desire to protect his son’s bequest from ongoing divorce proceedings (and thereby to ensure that he would be supported after the divorce was finalized) whereas the father in Winterland was motivated by a desire to encourage his son to seek a divorce in the future. The Winterland Court invalidated the divorce condition.

Thirty years later, in In re Estate of Gerbing (61 Ill. 2d 503 (1975), the Illinois Supreme Court again revisited the issue of divorce conditions. In Gebring, the testamentary document in question was a testamentary trust (not a will) designed to withhold the trust property from the beneficiary (the testator’s son) until either (1) his wife predeceased him or (2) the couple divorced and remained divorced for two years. The Court reviewed its prior decisions (including Randsell and Winterland) and formulated the rule governing the validity of divorce conditions as follows: if the “dominant motive of the testator is to provide support in the event of [a] separation or divorce the condition is valid.” As in Winterland, the son in Gerbing had not separated from his wife and no divorce suit was pending at the time the will was executed. For this reason, the Court found that the provision was void as a matter of public policy.

The standard set out in Gerbing—i.e. the “dominant motive of the testator” standard—is the currently-applicable rule in Illinois. However, Illinois Courts have broadened its reach to encompass more legitimate “intents” than just the desire to “support” the beneficiary. For example, in Hall v. Eaton (259 Ill. App. 3d 319 (4th Dist. 1994)), the Fourth District Appellate Court considered a will that held the bequest to the decedent’s daughter in trust until such a time as she became a widow. The Court upheld the condition, stating that it was motivated by a desire to prevent the daughter’s husband from misappropriating her property, not a desire to encourage her to divorce. The Court noted that although “Gerbing mentioned only a motive to provide support in the event of divorce . . . [o]ther similar motives may be equally valid.” In particular, the court decided that “a motive to keep property in the [decedent’s] family or out of the hands of a beneficiary’s future spouse” was legitimate and “should be sustained against the charge that it is an effort to restrain marriage.” Consequently, the court held that where “[t]he testator’s dominant motive . . . as reflected in his will [is] to protect [the beneficiary] from misappropriation on the part of [their spouse]” the will condition is valid. That said, the Court also noted that it is important that “condition in the will had no ‘tendency … to encourage divorce or bring about a separation of husband and wife.’” If such a tendency existed, the will might have nevertheless been invalidated.

In Illinois, conditions in wills and trusts that require a beneficiary to be divorced before they can receive the property set out for them are generally invalid. That said, it is possible to place conditions on bequests in wills and trusts that may have the incidental side-effect of requiring a divorce, but only if the testator’s “dominant motive” serves some legitimate purpose, such as providing the beneficiary with support in the case of a divorce or preventing a beneficiary’s spouse from misappropriating the property bequeathed and/or trying to remove it from the family through a divorce.

If you have questions about how best to provide for your children’s long-term needs without running afoul of Illinois Public Policy, please contact the Spesia & Taylor wills, trusts, and estates team today at (815) 726-4311!

By: Michael R. Stiff Spesia & Taylor attorneys Jeff Taylor, and Mike Stiff on July 28, 2021, won a Motion to Reconsider the 2019 denial of a ... END_OF_DOCUMENT_TOKEN_TO_BE_REPLACED

Spesia & Taylor is a proud sponsor of the Will County Legal Opportunity Scholarship Program. The Scholarship awards a $5,000 per year up to three ... END_OF_DOCUMENT_TOKEN_TO_BE_REPLACED