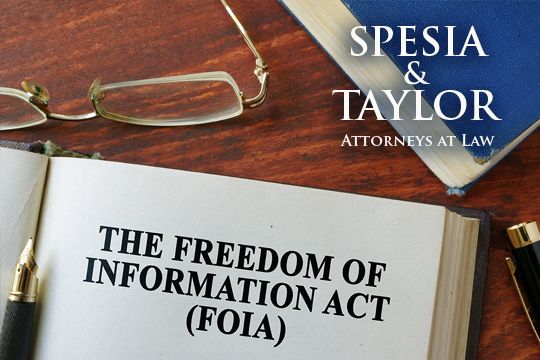 In its second binding opinion issued for 2018, the Illinois Attorney General’s Office concluded that a municipality must provide a municipal water customer’s name in response to a Freedom of Information Act request seeking that information.

The opinion, Public Access Opinion 18-002, was issued after a school district submitted a Freedom of Information Act request to a municipality seeking a municipal water bill for a specific address served by the municipality. The municipality responded to the request, but redacted the customer’s name, mailing address, and account number under the Private Information exemption provided in 5 ILCS 140/7(1)(b) of the Act. The municipality did not redact the service address.

Following the school district’s request for review to the Public Access Bureau, the municipality argued in support of its redactions, including the name redaction, claiming that the information fell into the Private Information exemption because it included personal financial information, as well as the customer’s home address. The school district’s request for review sought review only of the name’s redaction, and the Opinion is limited to concluding on that issue. However, the reasoning, as discussed below, may bear on other potential privacy exemptions as well.

The AG’s Office concluded, relying on its prior Public Access Opinion 12-003, that as defined under the Act, Personal Information does not include an individual’s name.

Moreover, the Opinion argued that even if a person’s name could be considered Private Information, the exemption would be trumped by Section 2.5 of the Act, which mirrors Article VIII, Section 1(c) of the Illinois Constitution and provides that all “records relating to the obligation, receipt, and use of public funds of . . . units of local government . . . are public records subject to inspection and copying by the public.”

Interestingly, while the Opinion is limited to the redaction of a customer’s name as private information, the implication of Section 2.5’s overriding a privacy exemption indicates the AG would likely considered other Privacy Exemptions suspect as well.

By: Michael R. Stiff Spesia & Taylor attorneys Jeff Taylor, and Mike Stiff on July 28, 2021, won a Motion to Reconsider the 2019 denial of a ... END_OF_DOCUMENT_TOKEN_TO_BE_REPLACED

Spesia & Taylor is a proud sponsor of the Will County Legal Opportunity Scholarship Program. The Scholarship awards a $5,000 per year up to three ... END_OF_DOCUMENT_TOKEN_TO_BE_REPLACED