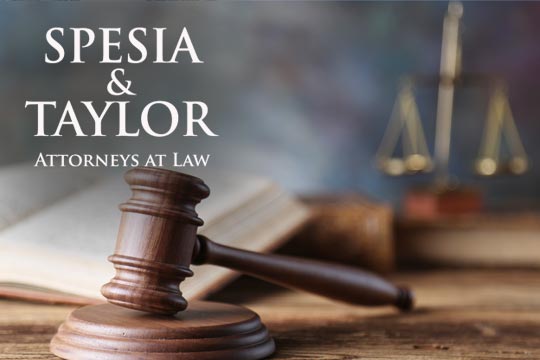 Oral argument provides both advocates and the court with a valuable opportunity to exchange ideas and discuss issues related to a particular case. In many cases, it may be the last time for a party to present its most favorable arguments to the court and may be the only opportunity for a party to answer specific questions from the justices deciding the case. A recent amendment to the Illinois Supreme Court Rules stresses that a reviewing court’s power to deny oral argument is limited.

ON THE COURT’S OWN MOTION, Pursuant to Supreme Court Rule 352(a) oral argument is dispensed with in the above-encaptioned case. This case will hereafter be submitted to the Court and a disposition will be filed in due course.

On May 25, 2018, the Illinois Supreme Court amended Rule 352 to include the following underlined language:

“[T]he court may dispose of any case without oral argument if no substantial question is presented, but this power shall be exercised sparingly and only upon the entry of a written order stating with specificity why such power is being exercised in the affected case. Notwithstanding the foregoing, oral argument shall be held in any case in which at least one member of the panel assigned to the case requests it.”

The language went into effect on July 1, 2018. Thus, a reviewing court is now required to provide the specific basis – i.e. why a particular case does not pose a substantial question – when it denies a party’s request for oral argument.

What Is a Substantial Question?
In Enbridge Pipelines (Ill.), L.L.C. v. Hoke, 2019 IL App (4th) 150544-B, the Fourth District Appellate Court provided factors a court can consider in determining whether a substantial question is before the court. In Hoke, the trial court sanctioned an attorney in the amount of $61,516.00 for filing frivolous allegations. Hoke ¶17. On appeal, the sanctioned attorney and opposing party requested an oral argument pursuant to Rule 352. In deciding whether to allow oral argument, the Fourth District found the following factors persuasive when determining whether a substantial question had been presented:

“(1) the appeal is frivolous, (2) the dispositive issue or issues have been authoritatively decided, or (3) the court would not be significantly aided by oral argument because the facts and legal arguments are adequately presented in the briefs and the record.” Hoke ¶67 citing Fed. R. App. P. 34(a)(2).

The Fourth District found that each of the foregoing factors were present, denied the request for oral argument, and affirmed the award of sanctions against the attorney. Hoke ¶¶70, 72

Conclusion
The amendment to Rule 352 does not guarantee a party oral argument. The decision to allow oral argument is still within the reviewing court’s authority. However, under the amended rule, cases in which oral argument is denied will hopefully be the outlier, not the norm, as was the case in Hoke where the issue on appeal related to “meritless” arguments. Hoke ¶70. The amendment to Rule 352 should make it more likely that a party will have its opportunity to exchange its ideas about a case before a reviewing court.

By: Michael R. Stiff Spesia & Taylor attorneys Jeff Taylor, and Mike Stiff on July 28, 2021, won a Motion to Reconsider the 2019 denial of a ... END_OF_DOCUMENT_TOKEN_TO_BE_REPLACED

Spesia & Taylor is a proud sponsor of the Will County Legal Opportunity Scholarship Program. The Scholarship awards a $5,000 per year up to three ... END_OF_DOCUMENT_TOKEN_TO_BE_REPLACED