Spesia & Taylor attorneys Jeff Taylor, Mike Stiff and Jonathan Powell on July 28, 2021, won a Motion to Reconsider the 2019 denial of a Motion to Dismiss brought on behalf of the City of Crest Hill in a federal civil rights lawsuit brought by the parents of Samantha Harer alleging that their daughter was shot and killed by her boyfriend Phil Flores. At the time of the alleged shooting, Flores was an off-duty Crest Hill police officer. 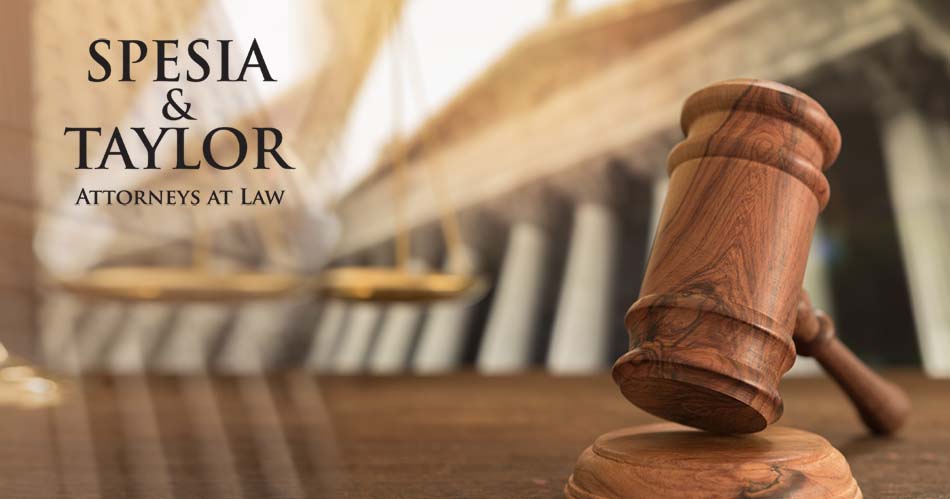 The complaint filed against Crest Hill alleged, among other things, that Crest Hill had a de facto policy and practice of failing to investigate and discipline its police officers, and that it turned a blind eye to on and off-duty misconduct. The Harers sought to impose liability against Crest Hill on a Monell-style theory of liability which asserted that the city should be liable for the misconduct of its officer, even where he was off-duty and there were no claimed acts under “color of law”, a requirement under Section 1983 of the Civil Rights Act. In this case, there was no allegation whatsoever that Mr. Flores was acting under color of law as a police officer at any time immediately before or during the shooting, which Flores claimed was a suicide. The Will County Coroner also officially ruled Ms. Harer’s death a suicide.

In its initial motion to dismiss, which was denied in November, 2019 by federal district court judge Robert Gettleman, Crest Hill argued that even taking the Harers’ allegations as true (as the Court must do when it considers a motion to dismiss), Flores’ actions were purely private conduct for which Crest Hill (and its taxpayers) should not be held responsible, since it owed no duty to protect against the off-duty misconduct of its employees, including Flores. If there was no colorable underlying constitutional violation, the city was not liable under the federal civil rights statutes.

In his 2019 ruling, Judge Gettleman held that if the allegations that the City’s de facto policy was the “moving force of the constitutional violation,” then the City was itself the “state actor,” which would support the Plaintiff’s “color of law” allegations against Crest Hill. In doing so, Judge Gettleman relied on, and heavily quoted, the case of LaPorta v. City of Chicago, which had been allowed to continue to trial, resulting in a multi-million-dollar verdict against Chicago. However, at the time of Judge Gettleman’s order, the LaPorta case was pending on appeal at the Seventh Circuit Court of Appeals in Chicago. That appeal was argued in December 2019, and in February of 2021, the Seventh Circuit reversed the LaPorta verdict, holding that United States Supreme Court precedent established by the 1989 case of DeShaney v. Winnebago County Dept. of Social Services was misapplied by the LaPorta court.

Crest Hill had argued that there was ample authority besides LaPorta that supported its argument that Monell and its progeny is not nearly as broad as was alleged by the Harers. In fact, during the LaPorta arguments, counsel for the City of Chicago argued that the broad expansive view of Monell liability alleged by LaPorta (and similarly by the Harers in their case) was not in line with the vast majority of the federal appeals circuits.

Following the denial of its motion, Crest Hill continued to defend the Monell claim, and its attorneys participated in the written discovery and fact deposition phase of the litigation. There was no evidence developed which would support the Harers’ allegation that Crest Hill failed to investigate complaints against officers and discipline them when appropriate.

Following the Seventh Circuit’s reversal of LaPorta, Spesia & Taylor filed a motion to reconsider with Judge Gettleman urging him to grant the motion to dismiss, and on July 28, Crest Hill’s motion was granted and the City of Crest Hill, which had been incorrectly named as the “town” of Crest Hill was dismissed with prejudice from the case.

On October 12, 2021, the Supreme Court of the United States denied the petition of certiorari in the LaPorta.

Spesia & Taylor is a proud sponsor of the Will County Legal Opportunity Scholarship Program. The Scholarship awards a $5,000 per year up to three ... END_OF_DOCUMENT_TOKEN_TO_BE_REPLACED