You are here: Home / Clean Water Provided by Rotary Club of Joliet

Clean Water Provided by the Rotary Club of Joliet

Malawi is a country of roughly 10 million people, many of whom do not have access to education, clean water, or, when drought results in poor harvests, enough food to sustain them. While a relatively stable democratic regime has governed Malawi since 1995, it is ranked 171 out of 187 countries in the world on the United Nations’ Human Development Index, and U.N. statistics indicate that the average adult there has only received about four years of schooling.

In Malawi, water-related illnesses, including cholera and typhoid, are common due to the lack of access to clean water. The village of Likwakwanda, in the Thyolo District of Malawi, is no exception. The area was in need of a clean water source. Recognizing this need, the Joliet Rotary Club has stepped in to help and since 2011 has been constructing wells for clean water in the Thyolo region of Malawi where the St. Joseph’s Centre is located, as well as at the sites of other existing schools near Njuli, Malawi.

Experience has shown that siting the well in close proximity to the St. Joseph’s Centre serves two important purposes. First, it provides a clean and safe water source, thus reducing the instances of illness caused by water borne pathogens. Second, because it is the role of mothers in Malawi to collect water, the site of the well allows them to be efficient: collecting water while their children attend school at the St. Joseph’s Centre.

The need for fresh water in Malawi couldn’t have become clearer than it did when the first Rotary-funded well was sunk near the St. Joseph’s Centre, in the Likwakwanda, Malawi. Before long, the local people’s need for fresh water outstripped the well’s ability to adequately produce. During a visit to the Likwakwanda well in 2012, a local villager approached Fr. Phillip and John Spesia. Speaking in English, he thanked them for bringing clean water, then turned to Fr. Phillip, asked a question in the native language, Chichewa, then turned to John and smiled. Fr. Phillip translated, saying, “He asked when can you build more wells!”

Little did the villager know that, with the assistance of Rotary Clubs in the Joliet area (Joliet, Morris, Channahon, Chicago, New Lenox, Frankfort/Tinley Park and Shorewood) and the Limbe, Malawi, Rotary Club, plans were already made to construct three (3) more deep wells in the Thyolo region.  As a result of the experience at the Centre, the Joliet Rotary Clubhad also decided to continue building wells near existing schools in Njuli, Malawi.

Once again, the Spesia’ friend Fr. Phillip assisted with siting the wells by assembling a committee of local residents to determine the best locations. He also gathered a committee in each village that would ultimately take responsibility for maintaining the wells.

The three new wells were completed in 2014 and two more were finished in 2015. 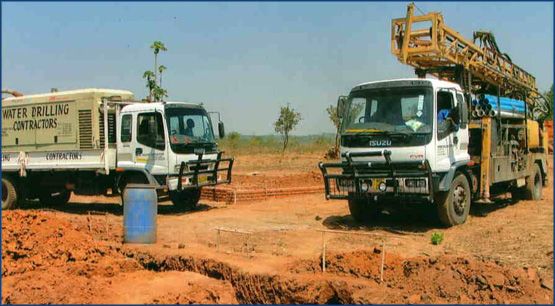 Watch the video below to follow Spesia & Taylor partner Chris Spesia on a walk from the Centre building to the Joliet Rotary well.

By: Michael R. Stiff Spesia & Taylor attorneys Jeff Taylor, and Mike Stiff on July 28, 2021, won a Motion to Reconsider the 2019 denial of a ... END_OF_DOCUMENT_TOKEN_TO_BE_REPLACED

Spesia & Taylor is a proud sponsor of the Will County Legal Opportunity Scholarship Program. The Scholarship awards a $5,000 per year up to three ... END_OF_DOCUMENT_TOKEN_TO_BE_REPLACED